Choosing the Right kind of masterbatch Product for You

The term masterbatch (MB) is now generally understood as a concentrate of colouring agents, additives, or other active reagents, with which certain properties can be carefully and easily achieved in the final application. Many active reagents in their original form are often presented in the form of powders or liquids that are difficult to handle or require high processing costs. Such can be considered, for example, the introduction of nanoparticles in a safe environment or a combination of several aggregates to a specific property profile. When processing taical masterbatches through a masterbatch compound, they take the form of a granulate and therefore can be easily metered and processed. If necessary, instead of more complex processing systems, standard masterbatch blends can be used.

The name “Masterbatch” comes from a legend when the “master” was responsible for the recipes of certain lots, i.e. “Mixtures” in which especially valuable and expensive additives were mixed. The production of masterbatches exactly corresponds to this classification, since precisely dosed mixtures are mixed with a polymeric material or substrate material and turn into dressings that are easily amenable to further processing. In this particular case, the “masters” responsible for this process are the specialists of the relevant operational services of masterbatch compounders.

When processing masterbatches, there are three main methods:

In many cases, the so-called premix process is used. All components of the formulation are mixed by pre-mixing in the solid phase. Polymers are also often presented in powder form. Pre-blended dressings are fed to Co-Kneeter Buss by dosing by volume and compounded.

In the process of feeding components to different places, the polymer is fed into the Co-Kneeter Buss in the melt zone, and the additives are metered downstream and, if possible, are divided into several feed points.

The multipoint distribution of metering flows allows the Buss Co-Netter to demonstrate its exceptional specific capabilities in these areas of application: an extremely large number of mixing cycles obtained at moderate and uniform shear rates due to the principle of operation allows maximum mixing efficiency to be achieved with minimal proportions of the polymer matrix. A side effect of a moderate shear rate is significantly less wear compared to alternative screw extruders. The modular and thus easily adjustable design of the entire compounding installation and the widely supported expertise of Buss processes make Buss Kneeter an excellent choice for compounding masterbatch fillers. 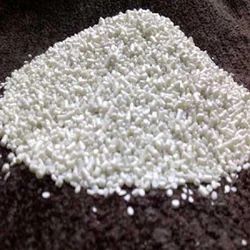 Processing black masterbatches or even black concentrates is a standard mono-masterbatch, which is produced in the process of feeding components to different places. Coloured carbon black is added to the base polymer or also to a waxy substrate material infractions from 30 to 50%.